ESD 113 operates an unemployment risk pool, which, in a normal year, may see 400 claims. Superintendent Dana Anderson updated the ESD 113 Board of Directors at their July 2020 meeting that the unemployment fraud situation in our state over the past few months has been astoundingly bad. By early May the numbers were around 1,200 and by early June we had reached more than 3,500. Most of these claims were fraudulent. All nine ESDS are in a similar situation. We have submitted a letter to the Employment Security Department, letting them know of claims we knew to be fraudulent, and stating our intent to only pay those claims that were valid. 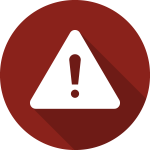 ESD 113 facilities remain closed to the public until further notice. However, Fingerprinting Services, EdJobsNW, and Parapro Assessments are now available by appointment only. Click on the links for more information.

We are actively monitoring COVID-19 developments at the state and local levels.   READ MORE